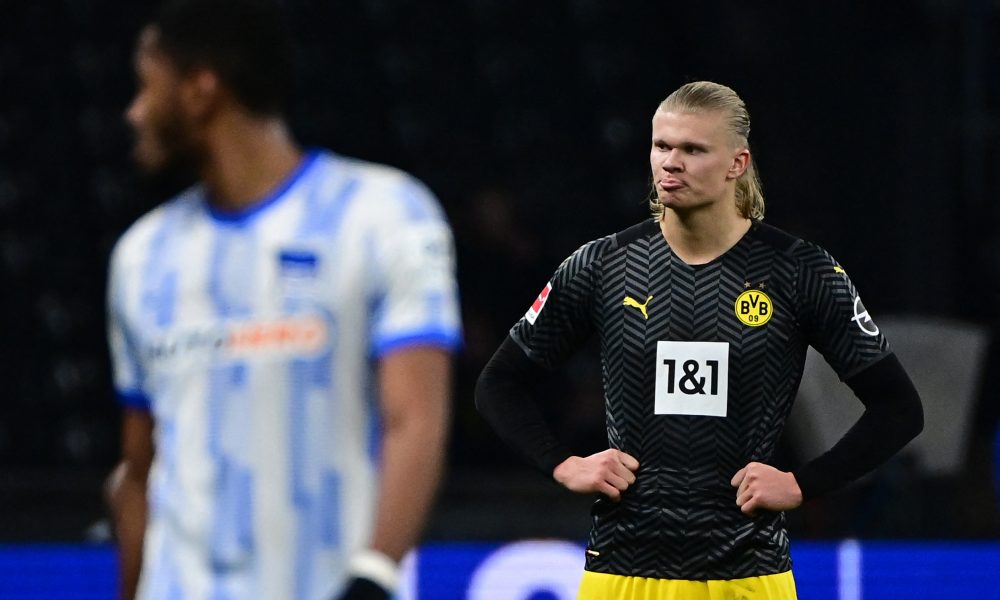 Barcelona president Joan Laporta is believed to have made it his main task to sign Erling Haaland next summer.

The 21-year-old is one of the hottest commodities in the transfer market and is widely expected to leave Borussia Dortmund at the end of the current campaign.

All the elite clubs in Europe are lining up to sign him, including Barcelona and their big rivals Real Madrid. the Merengues are also likely to sign Paris Saint-Germain’s Kylian Mbappe, on a free transfer, after laying the groundwork for the deal over the past eighteen months.

And, El Nacional reports that Laporta intends to counter that with the signing of Haaland and ensure that the two next-gen superstars do not end up at the Santiago Bernabeu.

However, getting the deal to sign Haaland will be easier said than done given the finances that will be involved and Barca’s economic situation.

Indeed, according to the report, signing the 21-year-old Norway international will cost a whopping sum of around â‚¬ 450million. Broken down, that amount breaks down into â‚¬ 100million in transfer fees and a five-year contract worth â‚¬ 70million per season. On top of that, the teams will also have to shell out a hefty commission of â‚¬ 40million to Haaland’s agent Mino Raiola.

Given the massive investments required, it is now claimed by El Triangle (h / t El Nacional) that Barcelona are set to take a â‚¬ 500million loan to complete Haaland’s signing from Dortmund later this year.

Laporta sees this move as similar to the signing of Ronaldinho by Barcelona in 2003. This would not only end the club’s scoring problems on the pitch, but also give a major boost in terms of marketing opportunities.

Enric Masip, Laporta’s financial advisor, said signing Haaland would be difficult but not impossible. It will certainly be interesting to see if Barca pull off this bold move later this year.

Morata’s arrival, Dembele’s departure and what the Barcelona transfer window could look like in January

NFM Lending announces the launch of the Influencers division, led by