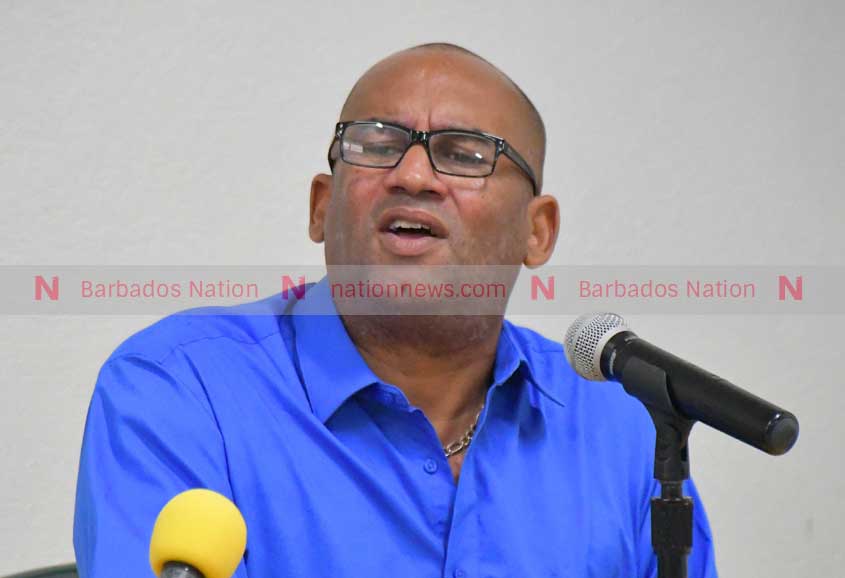 Sealy called for Voice Of Barbados Down To Brass Tacks radio program to refute Cummins’ claim that the Democratic Labor Party administration had signed a loan agreement with the Chinese government that would see them claim ownership of the port or airport in the event of default.

“There is a provision in this loan agreement that this administration spent a lot of time navigating because of this 2016 loan, under the administration of the Democratic Labor Party, which put Barbados in a position – and I want people to hear me clearly – where sovereign assets held by the state were liable to be chosen and held by a foreign entity in the event of default,” Cummins said in the Upper House last Wednesday. She said the assets included “a port, an airport. . . everything that needs to be picked”.

When asked by moderator Barry Wilkinson if there was any truth to the statement, Sealy replied: “Absolutely none.

“There is nothing in the agreement about the creation of an airport or a seaport. [claimed] in the event of a defect.

“I don’t know where this young woman got her information. I don’t know if she is wrong. . . [but it is] absolute total garbage,” he said.

The former tourism minister added that the deal was for the Sam Lord’s Castle hotel project. He said the arrangement with COMPLANT (the China National Complete Plant Import Export Corporation) was to keep the project low-key and self-sufficient.

“The government (then) was determined not to repeat the HRL (Hotels & Resorts Limited) / Gems of Barbados fiasco so there was an exit plan where as soon as we finished the job the private sector would come in and do this they needed to do, and that is exactly what this government is doing,” he said. (CALIFORNIA)